Moreno Valley, CA (11/8/2018) – BDR Motorsports / Polaris driver Larry Heidler finished out the 2018 WORCS season with two of his strongest runs of the year. The doubleheader SXS World Finals were held in Primm, NV.

The event featured two races: a short course event and a desert race. Heidler had been stymied by issues with his car in qualifying Friday. Heads-up work by Sparks Performance Products got him back up and running for the two races. His Polaris ran better than it had all season.

“’I’ve chased an issue with my car all year and struggled with it,” said Heidler. “Brandon from Sparks Performance Products was out here at the track and he found my problem. I can’t thank him enough because my car ran awesome today.”

Though he struggled at times this year, Heidler still enjoyed the season. With many of his sponsors returning, Heidler may even run both Pro and Pro Stock next season. Heidler made his debut in the Pro Stock class earlier this year, at his home track Glen Helen Raceway.

“It was a good year,” said Heidler. “WORCS always puts on a good show. The tracks were more challenging, the competition is getting faster, and we’re pushing our cars even harder.” 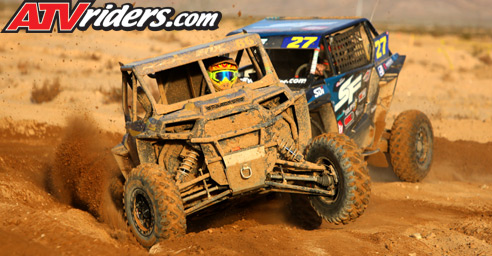 Heidler mostly enjoyed spending time with his wife and his daughter this season. Heidler’s daughter Kaitlyn is an up-and-coming racer and finished fourth in the SXS Womens class. Kaitlyn Heidler will also return to WORCS competition in 2019.

“Having my daughter and wife involved in the program is great for me,” said Heidler. “My daughter probably had her best race this weekend.”

Heidler will be back in action in the WORCS Series when it kicks off its 2019 season January 26-27th back at Buffalo Bill’s Casino.